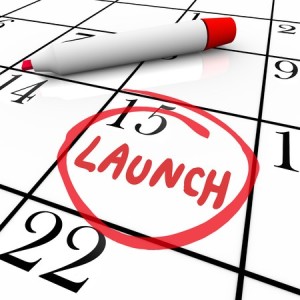 Do you remember what your first day on the job was like as a new leader? Was it a chaotic blur of new names and faces? Did you attend a jam-packed orientation session, with stacks of paperwork? Leaders who are starting a new job — be it transferring internally to a new department, or joining the company from the outside — need to hit the ground running. It usually takes a few weeks to get one’s bearings, even with a good plan in place. That’s why whenever my clients tell me they’re starting a new leadership role, I ask, “Do you have a transition process in place?”

Years ago, I was introduced to a process called “The New Manager Assimilation.” Over the years, I’ve tweaked the process and now call it a “new leader transition process”, but the overall aim is the same: to help a new leader and his or her team get “up and running” as quickly as possible. Many large organizations with whom I interact use this process as a standard part of their onboarding of new leaders.

What is a New Leader Transition Process?

The premise is very simple. It’s a structured dialog process, led by someone other than the leader, called the “facilitator”. The facilitator is typically a representative from the human resources department or an external consultant. The facilitator leads a series of questions designed to help the team familiarize themselves with their new leader and vice versa. The process is anonymous, so that team members can feel free to divulge concerns.

What are the Benefits of This Process?

Having done literally hundreds of these data collection meetings over the past two decades, I can tell you that this process works. The team gets to know their leader more quickly. The grapevine typically works at lightning speed, so the leader has the chance to clarify any misperceptions. It works in reverse too – the team is able to let their manager know “what it’s like to work with us.”  It also gives the team a chance to tell their leader what’s working and what needs improvement. The process also allows the team to work with their leader to establish a plan for working together over the next 60 – 90 days.

Why Do You Need an Outside Facilitator?

The work team leader could certainly do this process him or herself, but I’ve found that it helps to have a neutral party gather the information. I’m shocked at what people have been willing to reveal to an person outside their team; they “lay it all out there” in a way that they might not with their new leader.

When Should a New Leader Transition Process Occur?

The sooner the better. I always counsel new leaders to launch this process no later than ten business days after starting their new role. Time is of the essence; if you wait much longer than two weeks, the opportunity to go in “fresh” and learn about your team is lost. So, if you are making plans to transition into a new role, ask your HR representative if he or she has a process in place to do this sort of facilitated meeting before you even start the new job. Get that all set up before you start, and you’ll be ready to roll in your first week at your new gig.

Starting a new leadership role is exciting, but daunting. When you have a structured plan in place to gather data, you get a “lay of the land” much more quickly and you’ll know where to direct your energy and attention. You probably can’t avoid all the paperwork in that first week on the job, but you can get up and running more quickly with the new leader transition process.

Want more information on how to launch your new leadership role? Read 9 Things Team Members Want to Know About the New Boss, but Won’t Ask  and New Leadership Role? Start Strong with These 6 Key Actions .